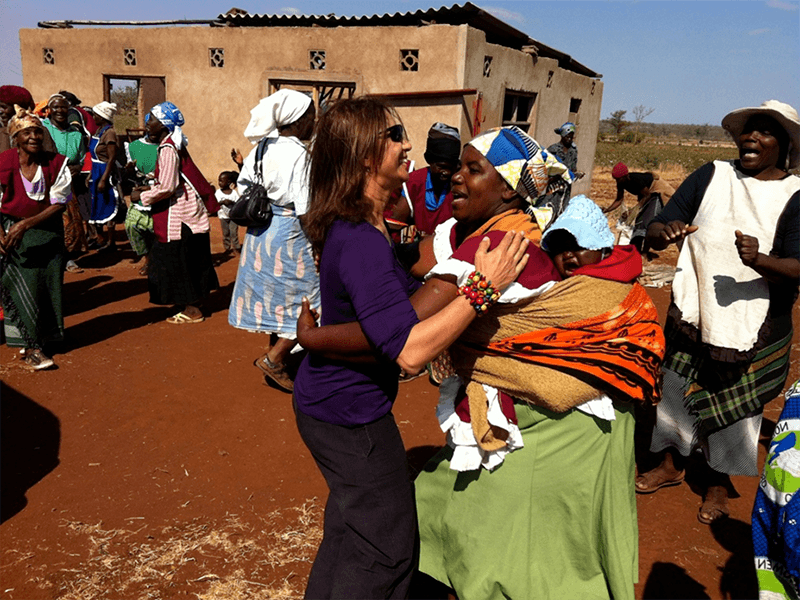 The visit was conducted on the 26th of June 2012. Grandparents groups were divided into three clusters depending on geographic location. The first group cluster was met at 10am then 12noon for second cluster and last one at 2pm. To date, thirty Grandparents groups (approximately 300 members/Grandparents) have been formed in Chiredzi as a result of training provided by Bristol Myers Squibb Foundation (Technical Assistance Programme) to five Grandmothers in Zvishavane. The trained Grandparents clearly articulated the group entry criteria as trained i.e. at least 60 years old, looking after Orphans and Vulnerable Children, lack of food, grandchildren not going to school, lack of proper shelter, no one to look after them, lack of clothing and blankets. Of these, 18 groups, 86 participants and Ward 16 Councilor attended group discussions with Beryl and Amos