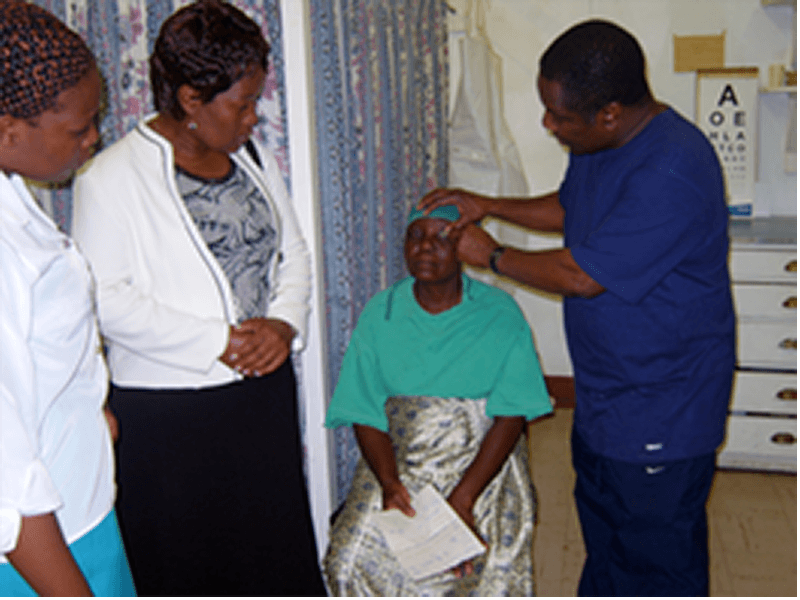 HelpAge Zimbabwe facilitated eye operations from the 18th to the 20th of February 2010 for a total of 42 beneficiaries from the organization’s five wards of operation (Murowa, Mutambi, Mhototi, Indaba and Ward 14) who had been screened for cataract extinctions. The eye operations were conducted courtesy of Eyes for Africa led by Dr Guramatunhu and Council for the blind led by Dr Kufa. A total of 54 beneficiaries who had been booked for operations were expected to turn out however 45(30 females, 15 males) turned up and of these 42 had their eye operations. Reasons given by those who failed to turn up was that they were seriously ill while others were afraid that once their eyes were operated they would completely turn blind. From the 42 who were operated, 36 had cataracts, 2 had trabelectomy/glaucoma, 4 had pterygium and three had entropian trichiasis cases which if treatment is delayed can lead to complete blindness. Out of the 45 who turned up, 3 clients were not operated on the basis that their eyes had reached a state of blindness.